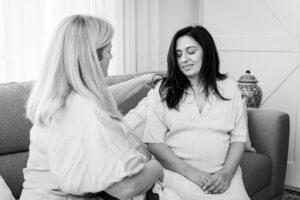 Maintaining a calm confidence in your body is important

Four years ago, when i first began working in private practise, with an obstetric colleague, i met Jane (not her real name).Jane had been booked to see the private OB , but as he was held up at a birth, I introduced myself, offered to see her and check her wellbeing.Initially, Jane was hesitant, asking why I was seeing her and that she wasn’t sure she wanted to see me.Throughout the course of Jane’s pregnancy i saw her for a number of antenatal appointments and we later laughed about her initial reaction to my involvement.We developed a  strong rapport and by the time she had her baby , she requested home  visits to help with breastfeeding difficulties.

During the six weeks post birth, Jane developed signs of postnatal depression (PND).Her baby also developed gastro oesophageal reflux.When Jane was interviewed 3 months later,she attributed our regular followup as being integral to early diagnosis and management of both her PND and baby’s reflux.

Two years later Jane contacted me for advice about her desire to have another baby and to ask what pre conceptual checks she should attend to .She has since given birth to another baby and through regular postnatal followup with her known midwife,we were able to identify PND a second time and ensure she received timely support with her GP and psychologist .

Suzanne, a second time mum attended my hypnobirthing classes last year wanting to know how she could achieve her goal for a vaginal birth after caesarian.With her first birth Suzanne  had been induced at 38 weeks before her body and baby was ready.Suzanne had been restricted on her back due to the need for constant monitoring (required when women are induced), which resulted in more discomfort and so chose an epidural early on in her labour. 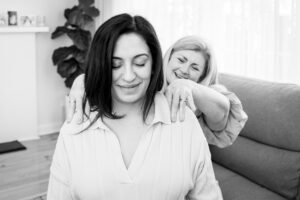 Learn how to support your innate ability

With this labour Suzanne chose to attend my hypnobirthing classes, which empowered her and her partner with knowledge about the importance of relaxation breathing, positioning, avoiding induction (unless medically indicated) and she achieved her goal for a vaginal birth.

Amy (not her real name) was a second time mum, she had experienced  breastfeeding problems with her first baby 2 years previously.She wanted to engage a private midwife before her second baby arrived.She was seeing a private obstetrician .During antenatal sessions we analysed some aspects of her breastfeeding experience which could be improved on this time around.We wrote out her birth preferences to take to the hospital and planned for regular 1-2  weekly home visits after discharge from hospital.

After six weeks of regular  , Suzanne was fully breastfeeding and her baby was thriving with weight gains well over the expected.Suzanne reported that her emotional health was significantly better this time around , attributing this to the regular support from a known midwife.

Despite her instincts telling her , normal birth was in her best interests, Mary was being told from very early in her pregnancy that she would need a Caesarian.The reason she had been given was that her baby was going to be too big for her and that due to her anxiety, she would probably request one.

Mary asked for more information about normal birth but her doctors stories scared her into a planned caesarian, telling her she now had low fluid levels around the baby.

Mary’s waters broke the night before her planned caesarian ,but as luck would have it,another OB was covering for Mary’s doctor that night and he reviewed her case and agreed she could labour.She gave birth to a healthy, average size baby .

Mary benefitted from unbiased education about her options.

Mary’s case is not unusual, I have had numerous women asking about valid reasons for Caesarian when their gut instinct is causing them to question their management.

Many women who attend my hypnobirthing classes have been confident enough to question their careproviders suggestion or encouragement for  early induction of labour or caesarian section.Through the course they begin to identify that induction of labour should only be used when mum or baby are at risk.

Julie (not her real name)was a first time mum, she was attending the practise I work in seeing the OB and myself at alternating visits.After a while Julie felt so comfortable seeing me and discussing some emotional issues that she chose to see me mostly (which is perfectly acceptable).At 41 weeks she chose to be induced at a hospital I was on casual pool.Unbeknown to Julie I requested to work a shift at the hospital and I looked after Julie for her birth .Julie then came back to see me for postnatal care and I was able to support he with breastfeeding. 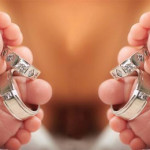 Lilly(not her real name) was a young healthy first time mum.She wanted to book into midwifery group practise at WCH ,but wouldn’t find out if she had a place until approximately 20 weeks of pregnancy. She wanted some sort of continuity model of care but was sure she didn’t need to have obstetric care.Lilly saw me for her antenatal care until she found our wether she had gained a place at WCH continuity of care model.

Are you worried about birth or feeding your baby?