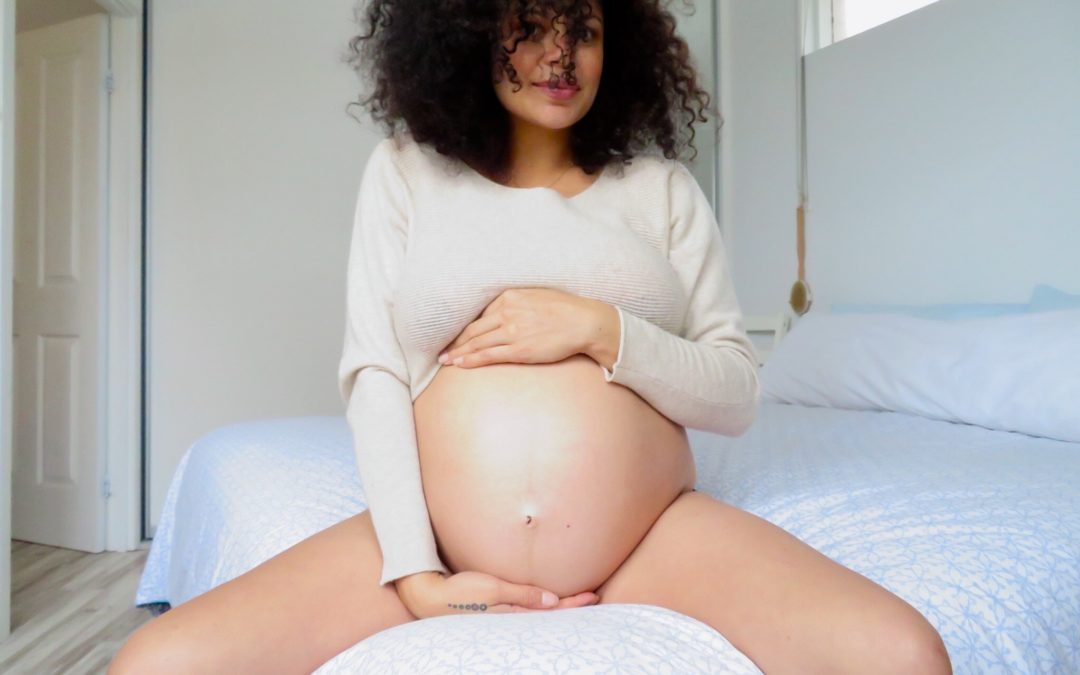 I would like to thank Hypno birthing, Flinders Medical and the wonderful Kate for being a huge part in our all natural no intervention birthing experience. As someone who started out her pregnancy with a high BMI and gestational diabetes the mere thought of a positive birth was nowhere to be seen. But through education and Hypno training when the day came I was stronger and more empowered than ever.

I believe it started the day before he was born.

We woke having not felt him since the day prior, so Rian called the hospital and was advised that we should head in. We were down with in the hour ready to be examined but before any examinations took place I was asked if I would like an induction as if you were being offered a complimentary mint. I kindly declined and they began the tests. After about half an hour of battling an ever growing fear of the worst I felt bubs move and heard his heart beating steadily, following an examination and increased pressure to book an induction things appeared to be fine so we left.

While I was driving home I started having surges/contractions, they were mild enough that I could still drive but surges/contractions nonetheless. I spent the rest of the afternoon having 2-3 surge/contractions every 10 minutes all while grabbing some last minute bits and pieces from the shops before going out to dinner with Rian’s parents.

By 10pm things settled down completely so I decided to go to bed and rest up. I awoke at 3:20am to a really strong surge/contraction and a bloody show (to anyone that doesn’t know what a bloody show is, it’s completely normal.) When I called the hospital they suggested going back to bed as I sounded fine. I was fine but I knew he wasn’t far off. The surges/contractions only got more intense and immediately started coming every 5 minutes. After informing the hospital that we were going to head in Rian rang my father who arrived within 10 minutes and off to the hospital we went.

We got to emergency and I left the boys and took off ahead while they grabbed the bags as I knew this bub wasn’t far off and I couldn’t imagine having another one of these surges/contractions without a whole medical team around me giving me all the drugs in the world. (keep in mind my birthing plan from the very beginning was no intervention what so ever except maybe some gas if needed). 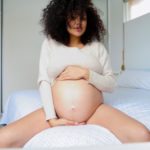 Calm and confident , knowing her body and baby work together

I got in to emergency and before I could explain to anyone what was going on I was on all fours with a surge/contraction, it lasted 1 minute and then I could speak and quickly explained I was going into labour.

The nurse mentioned “it’s your first love if only it happened that quickly” and told me which way I had to go to get to birthing and assessment.

So with the boys not far behind me, I knew I had 4 minute intervals to get as far as I could before being forced to the ground with my next surge/contraction then I was up again hoping I could make it before another hit. I had one more and I was there.

Thinking when I got to the labour ward there would be a team of midwives and doctors there to catch me. Nope, just one lovely face asking me how I was?

Strangely I responded “good thankyou”, knowing full well within a few seconds I would be on all fours surging/contracting again. She showed me through to an examination room, where she explained “don’t get disheartened if your not dilated and I have to send you home, because that will likely be the case”. She checked to see how far along I was, and she couldn’t believe I was fully dilated. She was in disbelief, given how calm I was and had to check again. Sure enough I was and we headed straight into the labour room. To be continued..

Part 2 of My Birthing Story

Leading up to this moment there wasn’t just one thing that prepared me, it was a series of small repetitive actions. I had 9 months to become mentally and physically strong so that’s what I did. I began by limiting my exposure to negative people and environments which in turn opened up a clear safe space for me to grow.

I started walking every night after work with Rian averaging 4kms and on the weekends I hiked in the hills up until I was about 34 weeks pregnant.

When the hikes became too much we continued with the 4kms each night and a 15 minute stretch routine. I enjoyed the repetitive nature of it and found that my body thrived off this routine. Regardless I had almost every woman I encountered try to tell me I was doing more harm than good by exercising throughout my pregnancy, it amazed me that I was already being judged for my choices as a mother. When the judgement got too much and the doubt started racing through my mind was when the Hypno birthing techniques I’d been learning started to really take affect. Each night I would meditate to

My sleep started to improve therefore my mood lifted and things were starting to take shape.

By the time I walked myself into that birthing suite I was ready. In the room with me was 2 midwives a doctor and Rian. While I laid on the bed controlling my pain through a breathing technique I was taught in Hypno birthing, I was hoping any minute someone would offer me pain relief. As I breathed myself through another surge/contraction I heard Rian calmly explaining to the medical staff what my birthing preferences were and they supportively responded with she is managing brilliantly and agreed with him that I didn’tneed any pain relief or intervention. Hearing this filled me with confidence and I took myself deep into Hypnosis.

From here you will hear Rians account of events, as I was in a deep state of Hypnosis Rians was the only voice I could hear and I was only conscious when I needed to be.

Upon entering the birthing suite it became instantly clear that Beth was further along in the labor process than any of us had anticipated, that is to say all of us except Beth. She mentioned prior to leaving the house that she thought she was fully dilated and though she had demonstrated

how in tune she was with her body

On countless occasions previously I still found it hard to believe, because of how well she was coping with the surges/contractions.

Rian in awe of how Beth used her hypnobirhting tools

While Beth was obviously affected by the pain ,her successful application of the Hypno birthing techniques we’d learned meant she was far from the screaming swearing stereotype of a woman in labour depicted on TV. Despite this she calmly enquired as to what pain relief was available at which point the midwives responded by informing her she was already through the worst and that she was now on the homestretch. As Beth had entrusted me as her advocate throughout the birth I was now faced with a decision, on one hand I knew how important it was to her to be present and conscious throughout labor, on the other hand the woman I love was in pain wanting some Relief. I made an executive decision and proposed a compromise: if she still wanted some relief after another 2 surges/contractions she could use the gas which I knew would have the least impact on her awareness of the birth. After another few surges/contractions she was committed to using the gas for periodic relief.

Due to the fact Beth was diagnosed with gestational diabetes the midwives had to maintain a constant trace on the baby’s heartbeat which I genuinely believe Beth found more intolerable than the actual pain of the birth as it inhibited her ability to manoeuvre as needed.

The midwives respected our birth preferences 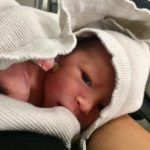 Beth continued to breathe through the surges/contractions aided occasionally by the gas and while the midwives respected our birthing preferences and didn’t bombard her with directions on when to push, it became evident that the baby needed to come sooner rather than later as I noticed his heart rate increase significantly.

The midwives and doctor exhibited great tact in not showing too much alarm so as not to cause panic but I noticed the shift in the energy of the room.

Throughout the birth I subconsciously alternated between the roles of coach and cheerleader as required but once I detected the hint of urgency I took a more assertive approach while trying not to convey the weight of my concerns to Beth. I informed her that it was time to meet our son and that she was going to focus more on using the pain to push as opposed to simply breathing through it. The transformation was instant, gone was the zen monk breathing her way through a level of pain I couldn’t fathom and in its place was the warrior spirit of her ancestors growling and summoning all of her untapped strength to bring forth her baby boy. 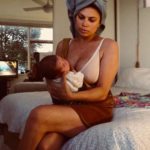 First I heard her waters break, then following a few more pushes punctuated by expletives which she had the presence of mind to apologise for between contractions to the amusement of all the medical staff, one of the midwives informed me that our son would be with us in one more push. In a flash I was at the foot of the bed just as he started to crown and with that final bit of encouragement out came his head and arms. In what was one of the most incredible moments of my life I guided our baby on to his mothers chest, I have never been more proud than I was of Beth in that moment. There are few instances in your life when you’re fortunate enough to witness someone realise they’re full potential for greatness, I truly believe this was one of those moments.